This evening is the last chance I'll get before BOYL to do anything other than pack figures, rulebooks and scenery, so what you see in the photos is what I'll be bringing to the defence of Avalone and I couldn't resist sharing. I shall have time to put some thought into a back story like those included for the sample armies from Ravening Hordes so I should be all narratively equipped for some oldhammering.

The force at arms of Baron Gilbert de Corbin is as follows:


So, general and BSB on horseback, two wizards, one cannon and crew, twelve foot knights, twelve billmen, twelve peasants, and ten arquebusiers. Oh, and four cows. Not so many, but the largest painted force I've had for any game of anything, and I don't think we're going to run short of figures for the siege game!!!

I had hoped to get another rank of six billmen painted up to strengthen that unit (figures from Claymore Castings - highly recommended, but more on that in a future post), but I only got as far as this with them: 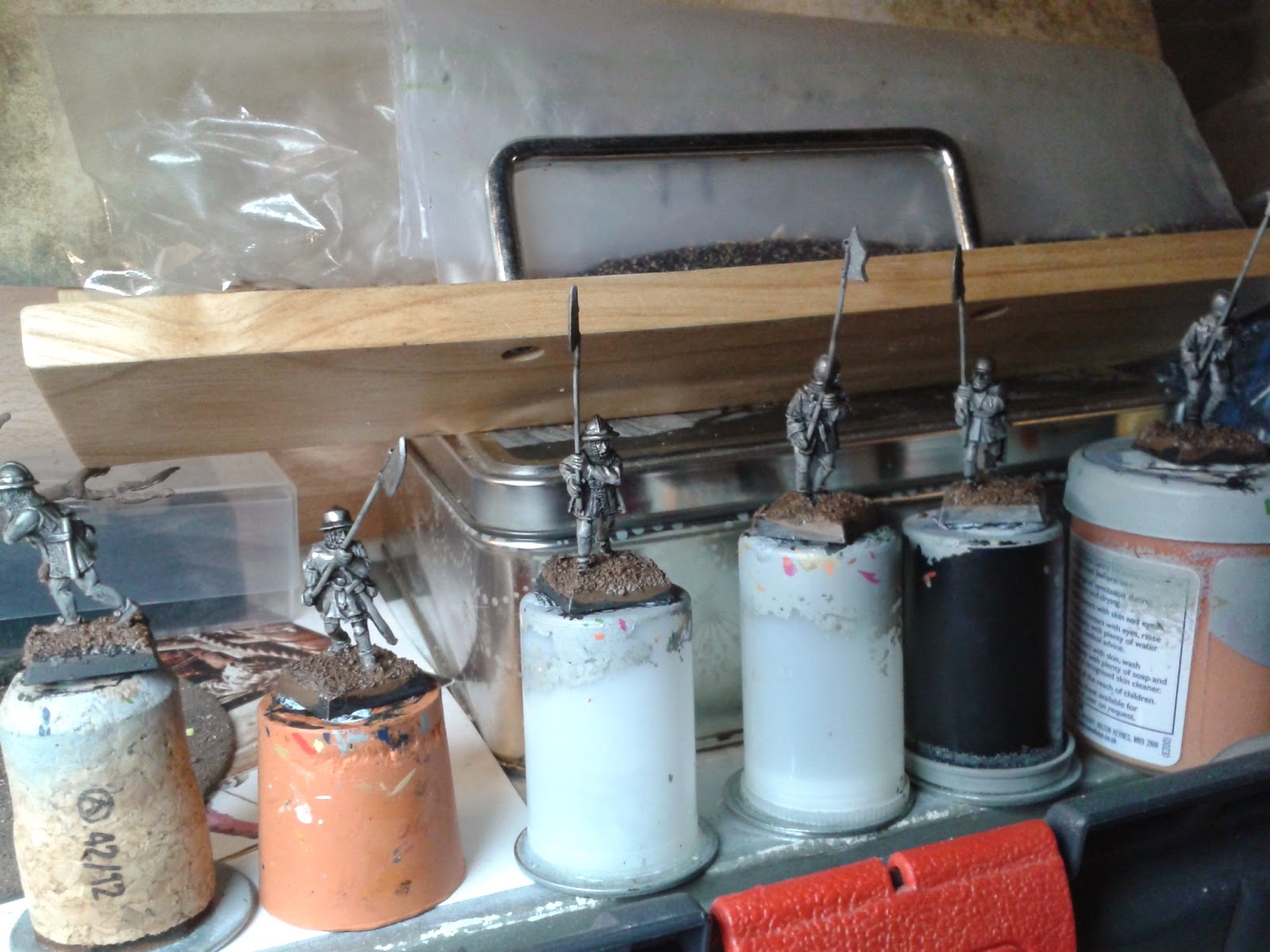 I'm a little disappointed but I just ran out of oomph at the end of term.

Now, to rootle out my flock, static grass, and tufts ready for the final task.
Rab
Posted by Rab at 16:33