Towards the end of September OGRE, the East Anglian group of Oldhammerers, will be meeting chez Erny for a spot of dungeoneering based on WFB 3rd (character generation) and Warhammer Quest. This makes me happy, for I do love a good spot of playing the murder-hobo. I'm going to run a thief character.

I've had this great little Mark Copplestone sculpt that was released by Grenadier Miniatures in times of yore (and is now carried by Battlezone Miniatures among others) for about a year now, having added him to an order on a whim. His time had come! I'm only showing the bare-metal version because I carefully put together a dark palette of blacks, greys and browns as a suitable ensemble for a thief and I had a hell of a time photographing it. This is the best I could manage with my phone, with a bit if brightness tweaking from photoshop which makes his face look pretty leprous.


Perhaps this image is better? No manipulation on this one. 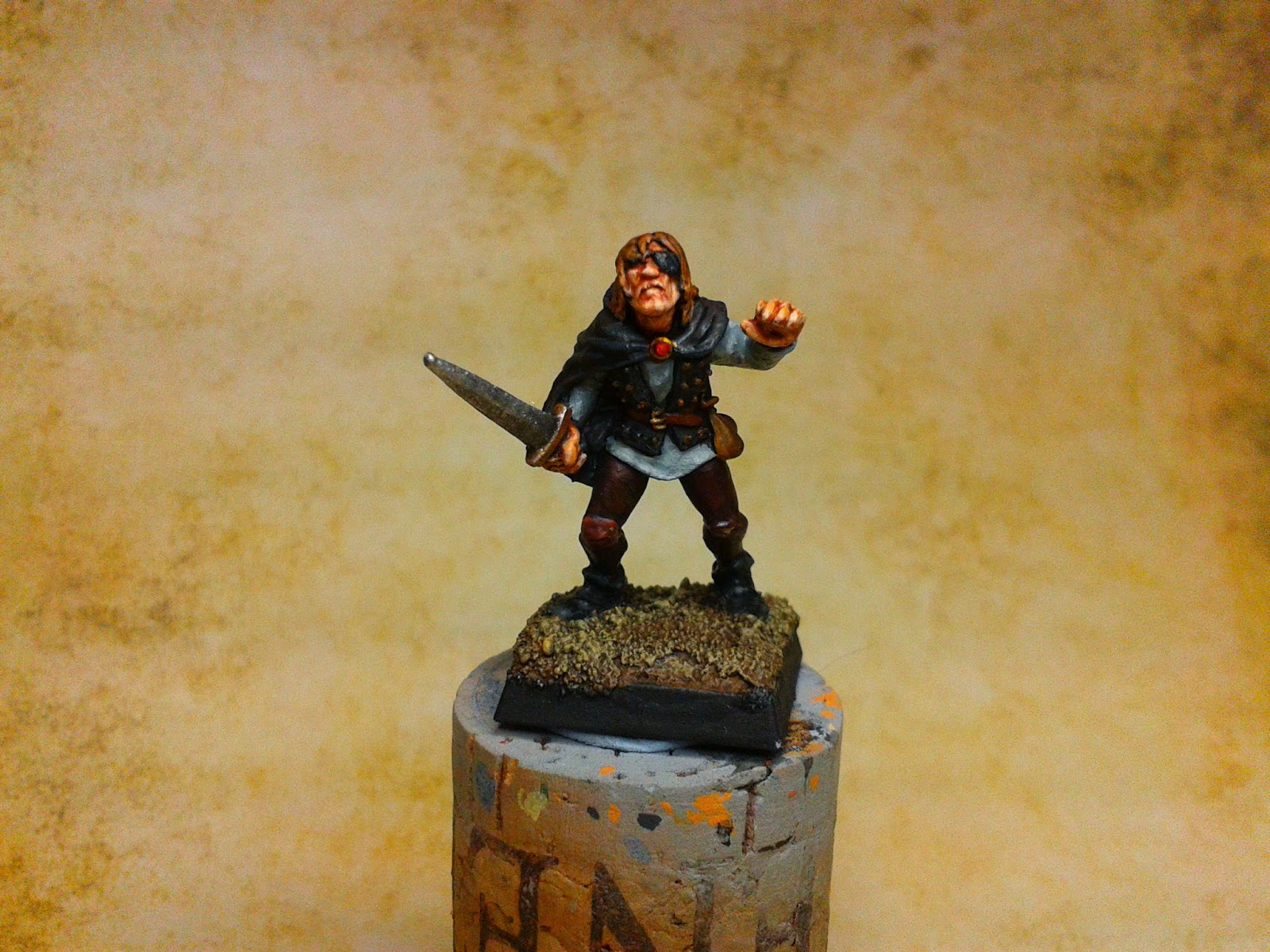 For under two hours while watching telly, I'm pretty pleased. I had a go at tying together the colours by adding dark grey to the browns, and brown to the black when shading and (in the lead, by my eyes) it works pretty well. I shall have to go back to using the proper camera, though, and maybe even get one of those foldio things or equivalent to use as a light box.