The dogs come later, but let me start with colour, and our perception of it, which has always been of interest to me. I currently teach two students with extreme red/green colourblindness, one of whom also has trouble with shades of brown. Strange, but that's more of an aside than anything else.

Perhaps, as would seem appropriate for such a post, I should illustrate my point. Which of these looks "right"? 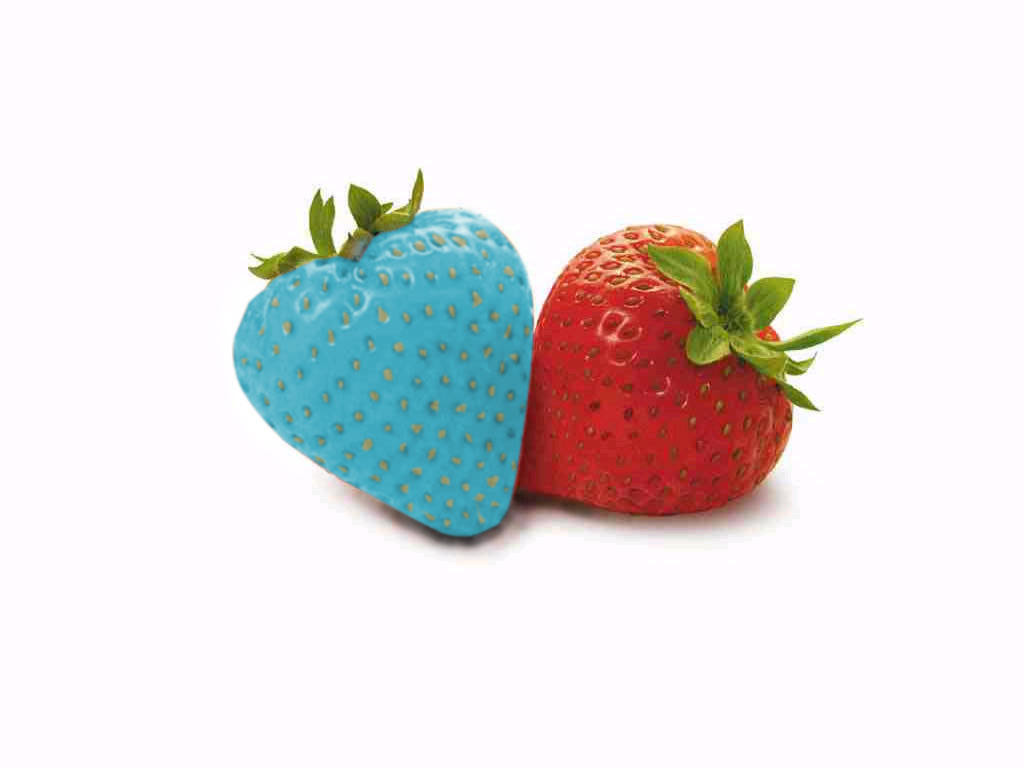 Unless you're deliberately perverse, or a keen sensation seeker (in which case, beware the blandishments of Slaanesh!), you'll have picked the red one. Which is the one on the right for those of you who are colourblind or are watching in black and white. I guess my point is that we are so used to particular colours being associated with certain plants, fruits, creatures, natural phenomena etc. that any radical departure from that, even when the form is retained, seems freakish or dangerous. Witness the cruelty that has been inflicted on albinos over time.

Sticking with toy soldiers, rather than social commentary, colour can be used to similar effect. Ordinary creatures can be given a sense of the monstrous by painting them in an unexpected colour. Even monsters can be made more... monstrous? unnerving? ... by varying their expected skin or fur tones. Dale Hurst did this in his classic Tzeentch warband with the minotaur. Even without the wings, painting it with zebra stripes is sufficiently outwith the expected to catch the eye.

So, why this post today? Mainly because I thought I'd give it a go, but the idea of skin tones was already fairly close to uppermost in my (geeking) mind from playing with different shades for the goblin archers I showed earlier this week and their comrades who I'll share soon. Like Dale, of all the chaos themes in the Warhammer world, I'm most drawn to Tzeentch so I've combined all the blether from above to paint up my first two chaos hounds. In lurid colours, naturally!


These are hyenas from the £1 cabinet at Foundry that I picked up at BOYL last year (won't be going this year as it clashes with my wedding anniversary, drat!). Fur drybrushed in shades of grey, skin painted in Foundry triads - Bright Blue and Nipple Pink respectively, then washed all over with GW washes (Asurmen Blue and Leviathan Purple). For a first attempt I'm content with them, particularly the purple one which I did second, and it's given me ideas for future hounds and experiments with unusual colours. They also take me up to nine miniatures painted this holiday!

Put some psychedelia into your painting!